Rage & Optimism as an Activist Economist

Crikey is reclaiming the "angry woman" trope in a new column about what women achieve through rage, passion and determination. In this inspiring and poetic feature with our Senior Economist Alison Pennington, Alison explains how rage about how the economy works (or doesn't work) powers her forceful work as an activist economist.

We are pleased to share the article by Amber Schultz, with kind permission from Crikey media.

Belittled for being angry, Alison Pennington is breaking the mould of boring economists 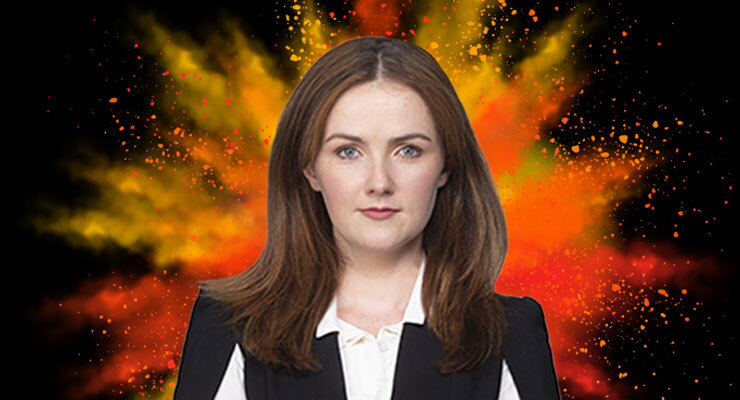 Anger is an emotion we’re rarely told to express. Passionate women and people of colour are often framed as overly outspoken, enraged, shrill or resentful. Their fights are discredited the second they raise their voice.

But regardless of how it’s framed, anger gets results. When directed in the right way, rage can inspire change. It pulls people out of their homes, it causes them to rally outside Parliament, call out bullshit and fight for what they believe in.

This week Crikey spoke with Alison Pennington, a senior economist with the Centre for Future Work, about what’s got her riled up this week — and how anger has worked in her favour.

Crikey: When has rage worked in your favour?

Alison Pennington: My analysis has force because I feel plenty of rage, and the immediacy of every moment. Being passionate is about giving a shit. “Giving a shit” suggests you have a moral code. I make no apologies for harnessed rage.

My rage is harnessed as a slow-burning force. I want to dismantle the logic of those creating harm and inequality and establish better systems and processes. That requires equal parts rage and optimism.

Crikey: Have you ever been called out for being angry?

I have had years of experience of being belittled or seen as not serious, or as capable, because I give a shit.

I worked in budget at the Department of Finance. When policies hit my desk for review, I could envision how they impacted working Australia on the ground. I’d suggest additional assessments of clearly damaging, non-transparent government proposals. I was routinely told that caring was getting in the way of efficient rubber-stamping. “Just let it wash over you.” I was also told I was “a bit of a bogan”!

Crikey: Do you fit the mould of a typical economist?

Most economists are men in corporate jobs who are actually paid to maintain this air of authority, objectivity and distance from emotion. Bringing your humanity to the table every day is much harder than hiding silos of self-congratulatory authority, which is the way that economics is consistently being taught.

People don’t want to see impersonal suits wearing economists as authorities and people telling them what their life is like and what it should be like. They want to see someone who talks like them, and thinks like them, or is as angry as them and as concerned as them.

Crikey: What’s got you riled up this week?

There was an agricultural worker of 15 years. She provides 14 years of blemish free loyal service as a mushroom picker and then gets injured, and then suddenly, in the six months after that, there’s four disciplinary warnings against her. Finally, the employer finds “the evidence” that she can be sacked because she put her mushroom picking knife on the wrong hook.

The Morison government has gone about increasing the power of employers in our industrial nations laws to screw over workers in the workplace, and that was just a story that really highlighted the difference between rhetoric and reality.

Prime Minister Scott Morrison and the government can say that they care about women’s work opportunities and making sure women have opportunities to work and close the gender pay gap and all that but like this is what it looks like on the ground.

This column was originally published in Crikey media.